Pickleball Is a Fantastic Family Sport. These Sets Will Get You Started.

Get your family on the court with these paddle sets.

Pickleball continues to grow in popularity. And at the risk of spraining a muscle by patting ourselves on the back too vigorously, we totally saw this coming. New courts continue to pop up around the country at parks, community centers, and gyms. There are even entire restaurants built around the sport. And pickleball recently became the official sport of Washington state where the game was invented. With so many opportunities to play this easily-accessible game, it might be time to pick up a pickleball set for you and your family to enjoy.

Named after a family dog that had a habit of stealing the ball while the originators were developing the game, Pickleball is a lower-impact version of tennis, which makes it an ideal family activity, especially with younger children.

The ball’s design is closer to a whiffle ball than a tennis ball for slower, more manageable play, overhead volleys are forbidden, and the area closest to the net is called the “non-volley” zone to prevent smashes within the zone.

The court is about a quarter the size of a traditional tennis court, making it easier for smaller children to manage and cutting down the learning curve. The ball must bounce once on the court before the receiving team hits it, and games are usually played to 11 points with a win-by-2 rule.

While the rules are designed to make it an accessible game for families, once players’ skills develop, it can become a very fast-paced and competitive game. Anyone with access to a tennis or badminton court can pick it up in a flash.

With such ready access to the sport, it’s a good idea to keep a set of paddles on hand so that you’re ready to start a game whenever your kids need to burn off some energy. And even if you end up playing at a facility that has equipment available, having something you’re comfortable with is preferable to playing the public paddle lottery.

But what makes a pickleball paddle good for family use? It really comes down to weight and grip size. Classic wooden paddles tend to be durable and less expensive, but they are also heavy in comparison to graphite and composite designs. The upside to lighter paddles for beginners and kids will help with shot control while keeping forearms and wrists from wearing out too quickly.

Here are some great pickleball paddles for families, taking into account how often and how seriously your family plays. 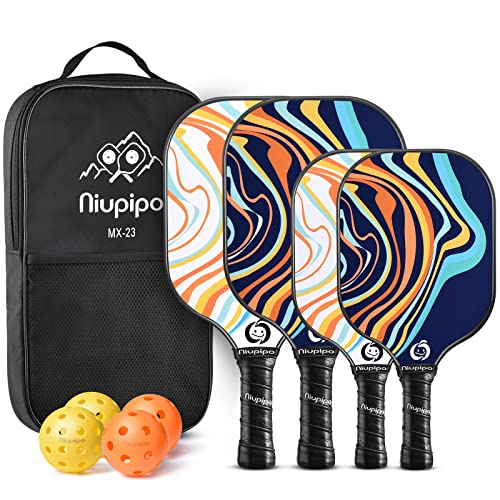 For the serious – or semi-serious – pickleball family. These paddles are approved by the USA Pickleball Association, which means their grip length, surface size, roughness, surface material, and core material have all been authorized for use in competition. Cushioned and sweat-absorbent grips together with an ergonomic handle design are optimal for extended play, and the kid-sized paddles are ideal for kids 12 and under. 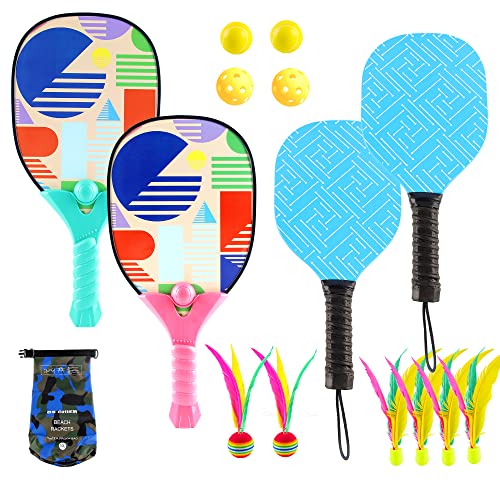 As far as wood paddles go, these 8.0oz midweight paddles are still manageable for most kids. Basswood offers increased durability, making this set great for casual games, families that will just play occasionally, and circumstances like picnics or trips to the beach where you’d rather not beat up a more technical paddle. 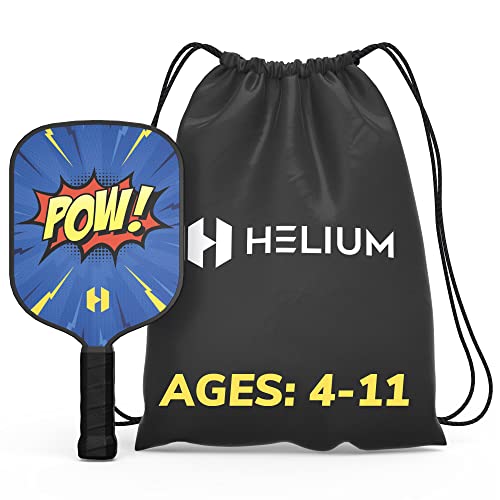 If the adults in the family are already outfitted with paddles, Helium offers a 6.0oz beginner paddle perfect for kids as young as six. With the same polypropylene honeycomb core and graphite face that Helium uses for adult paddles, this smaller model was designed to help young players the perfect balance of power and maneuverability. 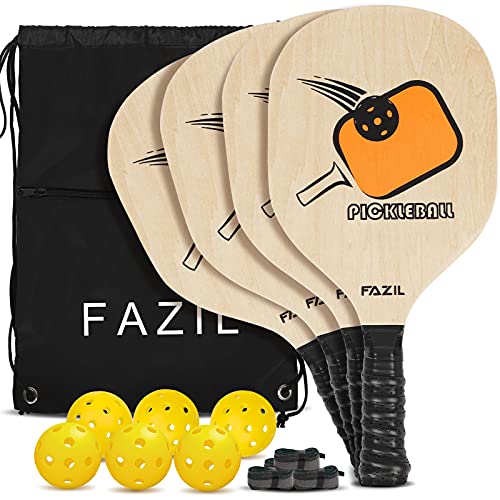 Very forgiving for an adult-sized paddle, these paddles offer a large sweet spot and offers players more control on the court. They're a great choice for tweens who have outgrown kid-sized paddles but still need a more forgiving sweet spot than those of most adult paddles. 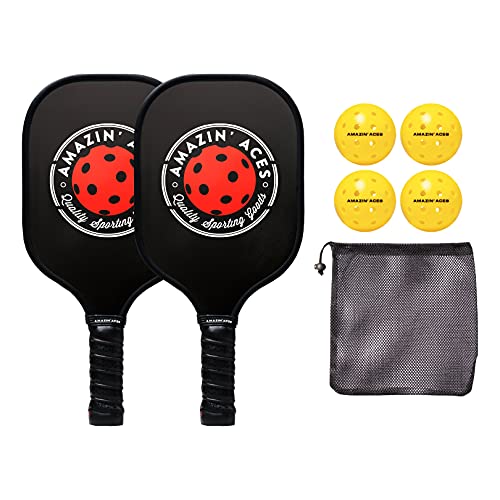 Some teenagers just like to smash things. The Graphite is an 8.2oz workhorse with a slightly larger grip circumference than the Cambria, so it suits players who prefer a power game over finesse tactics.